Elizabeth Sullivan, MFT is a counselor in San Francisco, CA specializing in counseling and family therapy.

Some issues Elizabeth Sullivan, MFT can help you with:

Anxiety is a generic name given to a variety of conditions characterized by unusual amounts of fear and worry, especially unrealistic fears and tension. People who suffer from anxiety often are aware that their fears are irrational, but that knowledge does not make the feeling of being scared and anxious go away. To qualify as anxiety, symptoms must last for 6 months or more and interfere with the way a person lives their daily life. Some cases may be mild, where, for example, a person simply avoids certain situations. Other cases can be severe enough to be disabling.

Some of the specific conditions covered under the general label of anxiety include:

Collectively, anxiety disorders are the most common mental health issues diagnosed in the United States -- even more common than depression. Women are more likely than men to be diagnosed with anxiety, and it is extremely common for a person with anxiety to have another illness at the same time, such as depression, a physical illness, or substance abuse.

Treatment for anxiety usually involves medication and psychotherapy together. Medications used may include antidepressants (which also work for anxiety), anti-anxiety medications, or beta blockers (which can be used to control the physical symptoms of anxiety). Psychotherapy can be useful to teach patients new ways of thinking and reacting so that they can manage their feelings of worry and fear. Support groups can also be very effective for anxiety, and they can be a form of treatment themselves for social phobias. Stress management, relaxation techniques, and meditation all help reduce feelings of anxiety or of being out of control. Finally, having a strong support network of family and friends is an excellent way to help manage the difficulties of life with anxiety.

Everyone knows what it feels like to get the blues once in a while. But depression is a serious illness that is more severe than a bad day and lasts much longer. Symptoms of depression stop a person from being able to function and enjoy daily activities for weeks or months at a time. It can happen to anyone, and it isn't something that people can control by force of will or "snap out of it."

Some common symptoms of depression include:

We don't yet know what causes depression, but it's thought that it is a combination of genetic, biological, environmental, and social influences. Because of this, the most effective treatments for depression combine medication with psychotherapy. Therapy, especially cognitive-behavioral therapy, can be extremely helpful in resolving the negative thoughts and feelings that come with depression. It gives patients new tools that they can use themselves to cope when their depression is making them feel down.

Some of the common medications used to treat depression include antidepressants such as SSRI's (Prozac, Paxil, Zoloft) or atypical antidepressants (Cymbalta, Wellbutrin). It's important to remember that these medications have different effects on everybody, and no one medication works right for everyone. Patients may have to try a couple before finding the one that works just right for them. If the first medication they try doesn't work, they should talk to their doctor about trying something else. In extreme cases where medication is not enough, electro-convulsive therapy and hospitalization may be the answer to keeping a severely depressed person safe.

Depression is a difficult illness to deal with, but it is more common than believed and there are many people who can help. With the right treatment, individuals with depression can get back to fully enjoying life again.

Anorexia nervosa, frequently referred to as anorexia, is a disorder where people severely restrict the types and quantity of food they eat. Those with anorexia have an extreme fear of eating and gaining weight and may repeatedly weigh themselves or engage in harmful behaviors such as excessive exercise or starvation. Those with anorexia often find themselves preoccupied with food, but unable to consume a healthy amount of it. This results in symptoms such as abnormally low BMI, vitamin deficiency, fatigue, fainting, and amenorrhea (lack of menstruation in women). Anorexia may cause bluish discoloration of the hands, brittle and falling out hair, yellowish skin, and lanugo (fine, downy hair). Left untreated, anorexia can lead to organ failure, brain damage, and even death.

Bulimia nervosa, typically called bulimia, is a disorder where people binge (eat large quantities of food) and purge the food that they just consumed by vomiting, laxative abuse, fasting, or excessive exercise. This behavior is usually motivated by a feeling of powerlessness over eating and a fear of weight gain or desire for weight loss. Bulimia can occur in underweight, normal weight, and overweight people. Symptoms of bulimia include acid reflux, intestinal distress, dehydration from purging, amenorrhea, and dental erosion from vomiting. Some people with bulimia have swollen parotid glands (salivary glands near the cheeks) and red scars and marks on the backs of their knuckles. Electrolyte imbalance from bulimia can be particularly severe and may lead to heart attack or stroke.

Binge eating disorder (BED) is the most common eating disorder. People with BED feel that they are unable to control the amount of food they eat and may continue to binge after reaching a point of fullness. BED binges (consuming large amounts of food) are often accompanied by feelings of sadness, guilt, and shame. Symptoms of BED include obesity, acid reflux, weight gain, and dissatisfaction with one's body. People with BED tend to experience cycles of negative emotions and binges. Binges or BED episodes can be provoked by stress, boredom, restrictive dieting, depression, and other triggers.

Other common eating disorders include:

Many people with eating disorders do not consciously develop them, and have difficulty seeking treatment. For this reason, it's important to detect and treat eating disorders as early as possible. Treatment for eating disorders can vary from therapy visits to inpatient treatment, depending on the disorder and its severity. Treatment aims to not only restore physical health and correct negative behaviors, but to also promote psychological well-being and self-confidence.

She has a state license in California.

Ms. Elizabeth Sullivan is a family therapist and counselor in San Francisco, CA. Ms. Sullivan's clinical interests include adoption issues, caregiver issues, and infertility. Patients gave her an average rating of 5.0 stars out of 5. 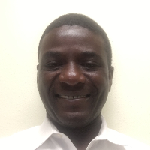 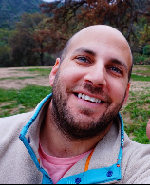 Counselors in Nearby Locations

Other Providers in San Francisco, CA